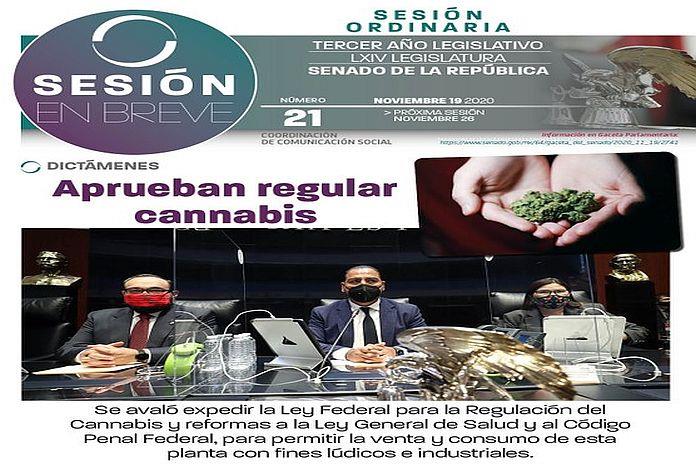 Mexico decriminalizes the consumption of Cannabis

MEXICO, teleSUR – The Mexican Senate passed on Thursday a law that legalizes the consumption of cannabis for adults. This controversial and largely debated decision aims at regulating the practice in the country.

The Federal Law for the Regularization of Cannabis decriminalizes consumption for people 18 years of age and up to 28 grams. If that amount is surpassed by up to 200 grams, there would be an administrative sanction and a fine of 11.000 Mexican pesos.

The Senate voted 82 in favor of the law, 18 against and seven abstentions. Lawmakers against the law raised fears that marihuana consumption could become a widespread practice, and the smell could reach children.

‘#Today in the Senate, it was approved to create the Federal Law for the…

Sagebloom Announces the Release of Its Design to...

Lawful CBD Produced in One EU State is...